The good – A media report (with picture) from Scotland about a church Christmas billboard which is a bit more original in its creative execution. This billboard is from ChurchAds.Net as part of their 2010 Christmas Campaign. Here is an interview with the Creative Director behind the billboard.

The bad – I wrote a guest post last week on Church Marketing Sucks about the Christmas billboard war between the catholics and atheists.

The ugly – I passed this sign below on the way to work this morning. I turned the car around and had to take a photo. This sign is on a high speed traffic intersection with tens of thousands of cars passing it each day. This church is surely full of people who work for the intelligence services as code-breakers. 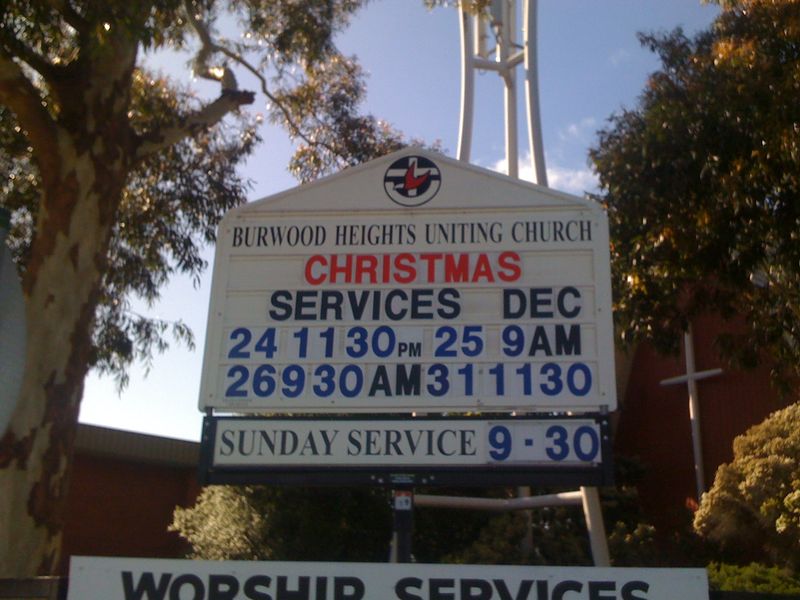 What have you seen around that you think works or bombs?

Sign up to receive my blog posts via e-mail and get a FREE copy of my e-book ‘Your Digital Makeover’ - A step by step checklist to take your digital strategy to a new level.